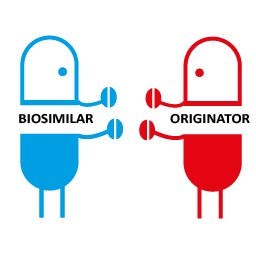 Biologics are the fastest-growing class of therapeutic products in the United States. As products of genetic engineering technology, they were initially introduced in the 1980s and the segment has been expanding ever since.  As many of these products have come off patent, “generic” forms of biologics, or biosimilars, have recently been introduced.

Biosimilars are biological products that are similar in potency, safety and efficacy to already approved reference products, but are manufactured by other companies and are intended to compete for market share with the innovator product. Until now, doctors and patients have not seen a significant cost benefit of biosimilars, because they have been priced at only modest discounts compared to the reference product.

The latest announcement by Mylan N.V. (Canonsburg, PA) as it introduces a new biosimilar may disrupt this practice for the industry.  In an article posted by The Center for Biosimilars, July 17, 2018, Mylan confirmed that it will launch its biosimilar pegfilgrastim at a 33% wholesale acquisition cost discount compared to Amgen’s reference product, Neulasta. Whether this aggressive pricing strategy will help it to gain a foothold in the marketplace remains to be seen, but it certainly opens the way for companies to seek greater price differentiation in bringing new biosimilars into the marketplace.