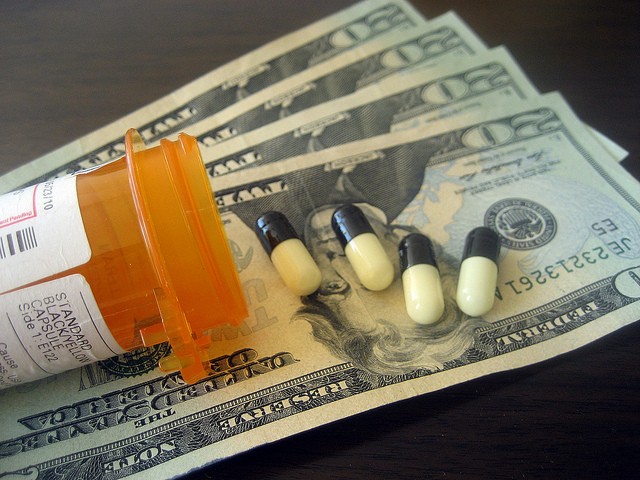 Until a few years ago, millions of American gout sufferers could buy colchicine, a long-established prescription drug to treat the painful ailment, for about $0.09 a pill.  But in 2010, the price soared to about $4.50 a pill for the same medication, which had been used safely and effectively since the 1800s.

The reason for the spike was that in 2009, the Food and Drug Administration (FDA) approved a branded version of colchicine called Colcrys and granted URL Pharma three years of market exclusivity for gout and seven years for familial Mediterranean fever, a much less common indication.  With its market exclusivity, URL Pharma was able to displace the cheaper, older versions from the market. Once exclusivity expired, new generic versions appeared on the market, but the price, at $6.00/capsule, remained higher than it was in 2009.

Colchicine’s product and price change grew out of an FDA initiative launched in June, 2006 to encourage drug companies to identify old drugs that had never received FDA approval and take them through the agency’s approval process. Many of these products predate the government’s  standards established first by passage of the Food Drug and Cosmetic (FD&C) Act in 1938 and then by the Kefauver-Harris Drug Amendments to the Federal FD&C Act in 1962.

The goal of the initiative was to better establish the safety and effectiveness of these products. Final guidance entitled “Marketed Unapproved Drugs—Compliance Policy Guide (CPG),” outlined FDA’s enforcement policies aimed at efficiently and rationally bringing all such drugs into the approval process. The FDA uses a risk-based enforcement program in order to concentrate its resources on those products that pose the highest threat to public health and without imposing undue burdens on consumers, or unnecessarily disrupting the market. The CPG gives highest enforcement priority to the following:

Prescription drug spending is projected to grow an average of 6.3% per year over the 2016-2025 period. There are many reasons for the nation’s rising prescription drug spending, but you wouldn’t think that one reason would be that the federal government is actively encouraging drug companies to put higher price tags on old, cheap products, but that is exactly what’s happening. The colchicine price spike in 2009 left patients and physicians fuming about the FDA’s role in the sudden fiftyfold price increase for the drug.

Last month, Politico Pro reported that other drugmakers have followed URL Pharma down this lucrative path, winning FDA approval for old, “unapproved” drugs and boosting the price. One such product is potassium chloride, used since the 1940s to treat low potassium in the blood. Endo obtained the exclusive market rights to the liquid version last year, knocking seven cheaper products off the market. The wholesale price nearly doubled in one year.

Another such product is neostigmene methylsulfate, long used to reverse the effects of anesthesia after surgery. When Flamel Technologies won FDA approval for the long-established product in 2013, it raised the price from $17 a vial to nearly $100 today. Then there’s vasopressin, used in cases of cardiac arrest. Its price shot up tenfold after Par Sterile won approval for a branded version in 2013.

Experts say it’s generally desirable to have older drugs go through the FDA vetting process. But they question whether that review is worth it if it means patients have to pay much higher prices. FDA officials acknowledge that prices go up after it approves older drugs and grants market exclusivity, but they say Congress does not allow the agency to consider costs in its drug-approval or safety-related decisions.

A 2010 New England Journal of Medicine article concluded there is no evidence that the FDA’s approval of the branded colchicine product improved public health. The authors recommended that the agency reserve such actions for situations where the approval process would substantially improve disease management.

A study in the Journal of General Internal Medicine last year found after the introduction of the new, higher-priced colchicine product, the likelihood of patients receiving the drug within 30 days of a gout diagnosis declined, and their average monthly prescription costs rose from $418 to $651. When they could no longer afford colchicine, they started having more flare-ups and bigger issues with joint pain and swelling.

FDA officials expressed the wish that drugmakers will do the right thing by the public. The FDA “welcomes manufacturers’ sensitivity to pricing of these newly approved versions”.

Chamow & Associates provides product development services to biotechnology companies. We present this information as a service to the community